The hard road to success

The company operates 63 trucks, which are all UD trucks and are assigned to various constructions sites. It employs 63 drivers. They start the day by washing the windscreens, wiping dust off the grilles and polishing the doors before hitting the road for PM Transport.

Retaining those drivers has been a challenge for the company. When a road is completed, the whole operation ends. The next job might be a long distance away, and some drivers don’t want to leave their homes. “You can’t be married to one town, you must go where the work is,” Duvenhage says.

One of the measures the company take to securing the drivers is setting up semi-permanent homes by renting some land and erecting temporary houses. When a contract ends after six to 36 months, the homes are dismantled and moved to the next location.

With this solution, Duvenhage manages to keep 40% of the drivers with him during these location changes, including one who has been on board for 28 years. 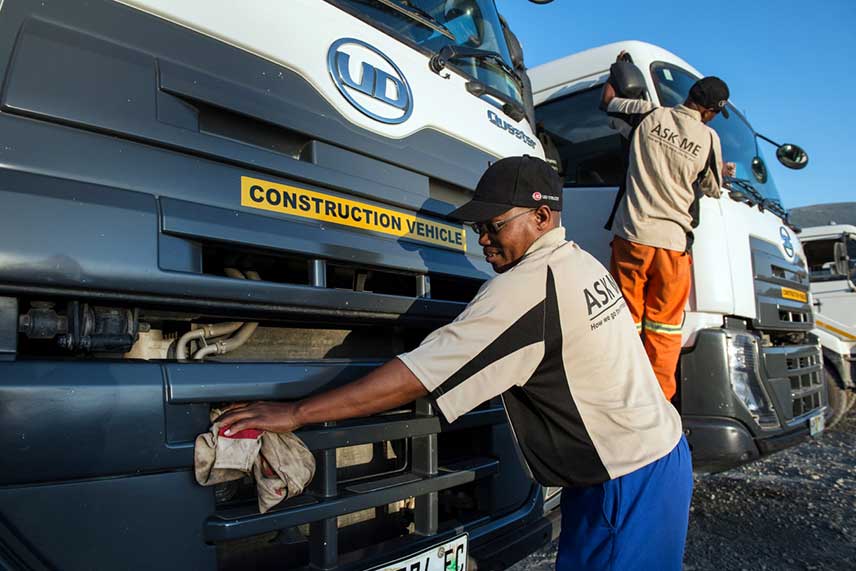 New contract, new homes
One of their recent projects is rebuilding the N10 road, which needs to be raised for better drainage, widened to make it safer and re-laid entirely because its surface was crumbling. The job keeps 25 of his UD tipper trucks busy transporting the gravel and ballast used to relay the road.

The 25 drivers and their trucks operate between a quarry and the N10 road. On the quarry, a UD truck with a crane fitted on its flatbed loads each tipper truck with crushed granite and they drive off in quick succession to the N10 road a few kilometers away. On the return trip they carry the mangled remains of the discarded road surface. Despite the intense workload and the high temperature in the day, there has not been a single break down. 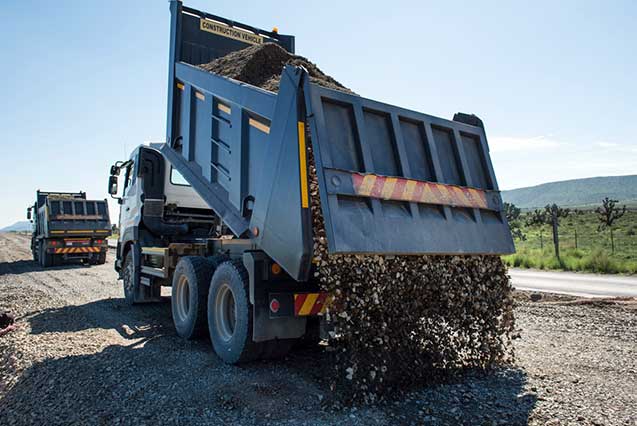 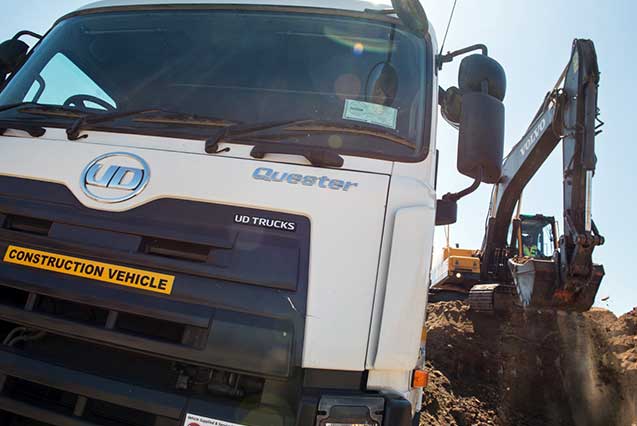 “UD Quester, a ‘winning model’ in the fleet”
Ask Duvenhage what he likes about UD Questers, and the answer is “everything”.
He appreciates the power, the economical fuel consumption and the load capacity, so they can carry more and do more trips.

UD Questers behave perfectly in hot, rough and tough markets like Africa, and Duvenhage now owns 12 of the 11-liter models. He’s also impressed by the Fuel Coaching System, which helps drivers to operate more efficiently by indicating how much throttle to apply and when to change gear to keep the engine in its most efficient RPM range. The guiding icons are accompanied by a hooter if the revs are too high, they’re driving too fast or braking too harshly, and this monitoring has improved fuel consumption and made the drivers’ performance even better. 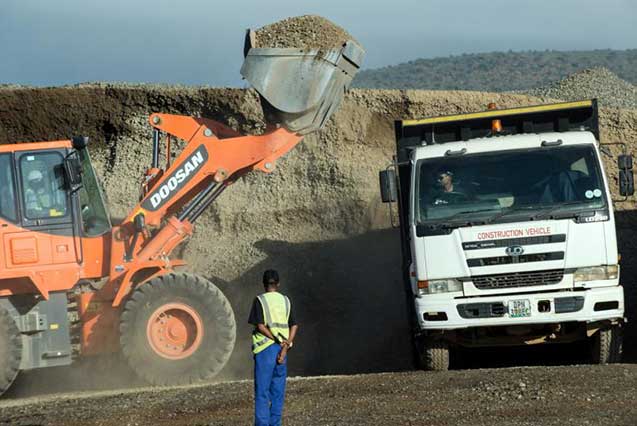 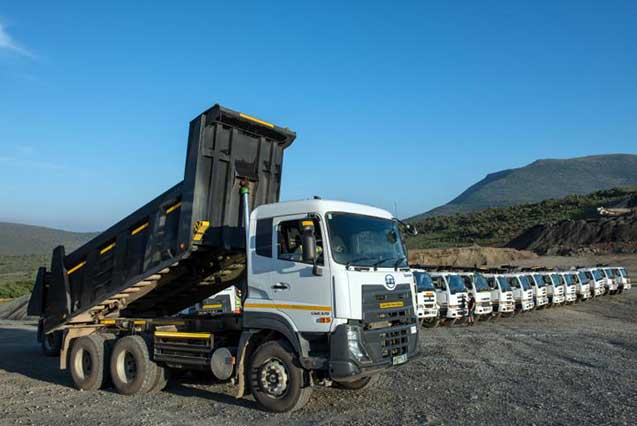 He’s planning to buy 25 to 30 more UD Questers in the next two years. “We’re so impressed by their fuel consumption and power that we plan to upgrade the fleet completely. I want to grow the business by 40-50%, but we’ll sell maybe 12 of the older trucks,” he says.

Those older UD trucks have been on the road for 15 years and clock an average of 80,000km a year. Yet their maintenance is still inexpensive. The biggest repair costs are punctures from continually driving over sharp stones in the quarries.

Alfred Rasmeni is the proud driver of one of the UD Questers the company bought last year. He sees this as a confirmation of his self-confidence at work.

“The new truck is more comfortable and powerful,” he says. He also likes the Fuel Coaching System. “It tells you when to lift the throttle or change the gear.” Despite working in harsh, dusty conditions, like other drivers in the company, Rasmeni keeps his truck spotlessly clean. “If I leave it dirty it says I don’t like the truck, I don’t care about the job. But I like my job and I like my UD Quester,” he says. 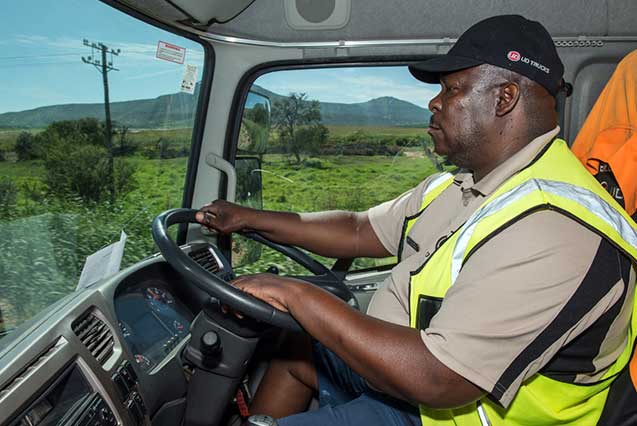 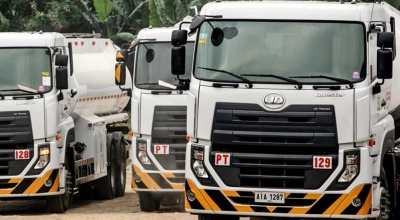 The iron lady of hauling