In conjunction with the launch of UD Active Steering in Japan on July 1, UD Trucks demonstrated the steering precision of this technology through the medium of calligraphy, creating the world’s largest KANJI (Japanese character) ever drawn by a truck. A heavy-duty Quon equipped with UD Active Steering drew the character for “technique”, or WAZA in Japanese.

The Giant Masterpiece was created in collaboration with renown calligrapher, Gyousyou Suzuki. A giant brush was mounted to the rear of the UD Active Steering-equipped Quon. On Suzuki’s direction, the truck drew the character, stroke by stroke, with mastery akin to the delicate and deliberate hand and brush movements of the calligrapher himself. The ability to steer the truck with such a light touch, even by a single finger, made this feat possible.

About Gyousyou Suzuki
Gyousyou Suzuki studied under master calligrapher Gyoun Mochizuki and is a member of the All-Japan Calligraphy Federation. He has received numerous awards and accolades for his craft. His work has been featured on television programs and in commercials. He has also written several books on calligraphy.

Coming Soon: Behind the scenes of The Giant Masterpiece
UD Trucks has a rich history of innovation and the launch of UD Active Steering is one of the company’s most significant product innovations yet. Beyond the launch of the product itself, one challenge remained: How to convey the drivability, precision, and stability of UD Active Steering in an exciting and memorable way. With that, the idea to create a masterpiece of gigantic proportions was born. See how it was done in a behind the scenes film about the making of The Giant Masterpiece, coming soon to the UD Trucks YouTube channel.

UD Trucks is a leading Japanese commercial vehicle solutions provider, active in more than 60 countries on all continents. Since its inception in 1935, the company has been an innovation leader with a clear vision to provide the trucks and services the world needs today.

The company is committed to go the extra mile for smart logistics with the most dependable solutions for demanding customers. To best support across applications and geographies, UD Trucks offers a full range of heavy duty trucks - Quon and Quester, medium duty trucks - Condor and Croner, and light duty trucks - Kazet and Kuzer, as well as associated operational and financial services 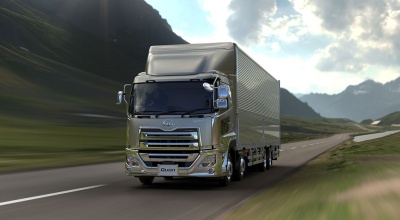 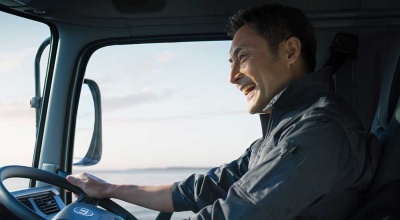