A truck must provide customers with reliable and durable operation whatever the climatic conditions. Conducting the annual test during the severe cold season in Kitami City, Hokkaido, where it is not unusual for the temperature to drop below minus 20 degrees, puts the truck through its paces in the customer’s actual operating environment and greatly contributes to all-round performance improvement.

Powertrain and braking efficiency in ice, slush and potholed surfaces, as well as engine starts, swerve control and the effect of ice build-up on the chassis, were tested in a wide range of road surface conditions using a 1,000 meter snow-covered runway. Road testing was also carried out on public roads in both urban areas and mountain passes, and in a long day the trucks would drive a distance of approximately 300 km.

While the temperature is low, Kitami experiences relatively little snowfall ensuring a natural testing environment. While the test started in Kitami city in 1985, UD Trucks has conducted test drive in cold climate since 1970’s when UD Trucks first made a considerable leap toward becoming a general commercial vehicles manufacturer through significant engine improvements and with the full-scale commercial launch of the medium-duty truck, CONDOR.

UD Trucks is a leading Japanese total transport solution provider. UD Trucks was established in Japan in 1935, and became a part of the Volvo Group in 2007. UD Trucks has established its headquarters in Japan and expanded its sales network in Japan and more than 60 countries worldwide. At UD Trucks, our mission is to provide the added value of Ultimate Dependability derived from UD to our company’s products as well as an unsurpassed level of excellence for our customers. 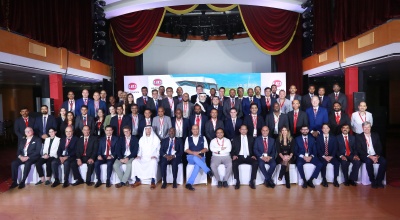 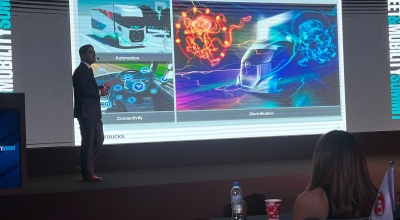 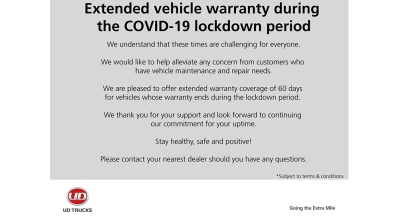